Not Banned After All! 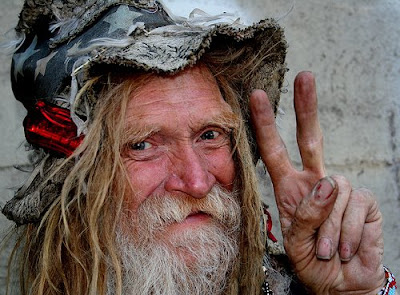 Darn! It's fun to be banned (see last post), but our latest suppression has evaporated.

SHADOWHAWK has come to our defense on the Dreamland Resort discussion board ("Burning History"). In an email today, he writes...

I thought the reaction on Dreamland Resort was a little out of whack so I spoke up about it. Apparently there was a misunderstanding. Here is Joerg's response, edited for clarity.

"Thank you for bringing this up, Pete. It seems that there has been some confusion, and I hope that with this post I can straighten things out. I have an agreement with Hank (forum moderator) that we will not allow advertisement in the forum. In the case of Glenn's new site, I see now that our initial reaction was unfounded. I was under the wrong impression that it was mainly advertising his tours. I have no problem with other Area 51 research sites being discussed here, and I am glad to see that Glenn is back. As far as his tours are concerned, I hope he won't run into the same problems as I did when I tried this years ago. There is a certain tour company here in town that keeps the old Mafia tradition in Vegas very much alive... Anyway, I hope that with this, we can put this unfortunate misunderstanding to rest and move on to more fun things. I respect the Interceptors, and I am glad to see that "Psychospy" is back. Having another critical set of eyes on our favorite secret base can only be a good thing."

So Glenn is not banned after all. Let's quench this small blaze before it burns out of control.

Awww, do we have to? (Whining.) We hate it when grown-ups intervene and tell us to play fair, but they're always right, of course.

Joerg has done a great job of holding down the fort in our absence, and, frankly, most of the original Interceptors have been out of the game for so long that they are only lightweights now (apart from SHADOWHAWK, who is the only active researcher in our group). We have no desire to compete with Dreamland Resort. It is the best source on the net for current Area 51 data. All we can offer is just a different form of analysis.

Psychospy has always been more concerned with the bigger social picture of Area 51 than with specific black projects. The AURORA itself could fly out of THE GREAT ONE's ass and it wouldn't interest us much, but an alien freak like AMBASSADOR MERLIN fascinates us to no end. Face it, all of us are freaks in one way or another, so tolerance and inclusivity are important. Jeorg and the DLR people will do what they do best, and we'll do what we do best, and hopefully no one steps on each other's toes.

Then it's agreed? From now on, we're all going to try to love one another and just get along.