Groom Lake Interceptors: Not Dead Yet! 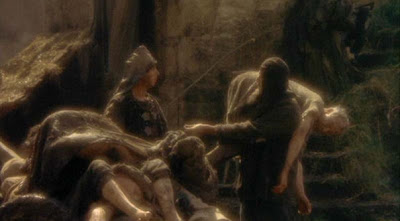 The legendary "Groom Lake Interceptors" (or "Area 51 Interceptors"), who haunted the border of the secret Nevada base in the 1990s, aren't dead yet (at least mostly). This blog will try to prove it.

I'm Kilroy, formerly known a "Psychospy." I was the de facto leader because I was the only one who was actually living near the base at the time. In January 1993, I moved from the Boston area to the tiny town of Rachel, Nevada, to explore the "base that wasn't there." At the time, Groom Lake was known to aircraft watchers and UFO buffs but was virtually unknown to the general public. I set about to change all that and succeeded beyond my wildest dreams. You've probably heard of Area 51 now!

Along the way, I met up with a motley crew of aviation watchers, journalists, engineers, freelance assassins and n'er-do-wells, and we teamed up to use our own special superpowers to attack the Area 51 problem. I can't say for sure that we accomplished anything, but we sure learned a lot along the way.

The Interceptors got a lot of publicity back in the day, but where are they now? We'll jump right in with some posts, and eventually we might find out.
Posted by Glenn Campbell at 7:29 PM

Add comment
Load more...
Newer Post Home
Subscribe to: Post Comments (Atom)
In the 1990s, I was the unofficial publicist for Area 51, helping to make it a household name. Although, I am no longer actively researching the base, I may occasionally have some information or links to pass on. This blog and the Tikaboo Peak Page on Facebook are my forums for doing so.