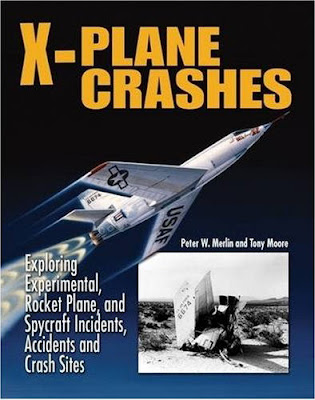 The book is discussed in an article in the Dec. 11 Antelope Valley Press. (The article is no longer available on their website, but here is a cache of it.)

The self-described aerospace archeologists so far have meticulously researched, located and visited more than 100 sites across the southwestern United States. Some have held but a few small pieces of debris, while others have yielded huge chunks of airframe.

They focus their energies primarily on historic crashes related to the "Golden Age" of flight test from the 1940s through the 1970s, the era of the exotic, experimental "X-planes" in which Edwards Air Force Base played a key role.

After much prodding from friends and colleagues to share the stories of their work, the two collaborated on a book, "X-Plane Crashes," available from Specialty Press.

The book is packed with research and photos about the pilots and aircraft as well as the circumstances of each crash and the archeologists' efforts to seek out and document the sites. 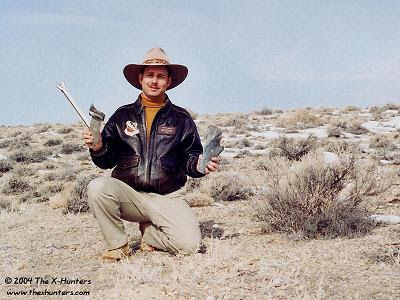 Posted by Glenn Campbell at 1:05 PM

Email ThisBlogThis!Share to TwitterShare to FacebookShare to Pinterest
Labels: Shadowhawk