A reader just alerted us to the presence of Wednesday's UFO Hunters "Area 51 Revealed" show on YouTube. Who knows how long it will be there, so watch it if you must.

Update, Sept. 2011: Here is a link to the whole episode on YouTube. If you find this link doesn't work, try Searching YouTube for "UFO Hunters Area 51".

My appearance, along with Agent X's, is mainly in the second half of the show.

Don't miss my earlier two-part account of the filming of this episode five months ago: UFO Hunters on Tikaboo Peak.

And here is my photo album of the same expedition.
Posted by Glenn Campbell at 5:56 PM 3 comments:

UFO Hunters was a Ratings Buster!

I have just learned from the producer that last nights UFO Hunters Area 51 show was the 2nd most watched show on the History Channel so far this year! (Not just the most-watched show of the series but nearly most popular on the whole network.)

However, there has been only a modest rise in hits on this blog and my other Area 51 related websites. Apparently, most viewers are just viewers and don't have the initiative for even a few mouse clicks.

(BTW: See "UFO Hunters" link below for all my previous articles about this episode, including my own photos and account of the film shoot.)
Posted by Glenn Campbell at 5:50 PM 2 comments:

UFO Hunters was a hoot! Fluffy like a bunny. Pure sizzle and suggestion. But in HIGH DEFINITION!

After viewing the show, my mother pretty much summed it up: "You know, it must be an enormous challenge to fill in all this television programming."

Data? Facts? Evidence? There you go again, obsessing over truth. What do you think this is, The History Channel?

It's in High Definition!
Posted by Glenn Campbell at 8:59 PM 2 comments:

In advance of the new UFO Hunters episode on Area 51 later this evening (10pm ET/PT), the Las Vegas Sun ran this short blurb on the show...

UFO hunters visit secret Area 51
Apparently, all the information for this mini-article came from my earlier blog entry on the show. The only trouble is, I didn't actually say most of the things the article says I said. For example, I have never said that the base "is growing." The History Channel said that, not me. (It always pumps up the ratings to say something is growing, vs. staying static.) It's just a minor journalistic issue: who said what.

Sigh! Is there no journalistic dignity left for Area 51? (If there ever was, tonight's episode should lay it to rest.)

But, hell, what am I complaining about? This is still a gas! (And "there's no such thing as bad publicity.")
Posted by Glenn Campbell at 5:25 PM 2 comments:

The video is obviously pirated, so if you want to watch it, better do it now.

Below is Michael's screen-grab from the above video, showing a schematic briefing board for Red Flag. Note the "No Fly" zone in the middle, apparently the Dreamland airspace over Area 51. 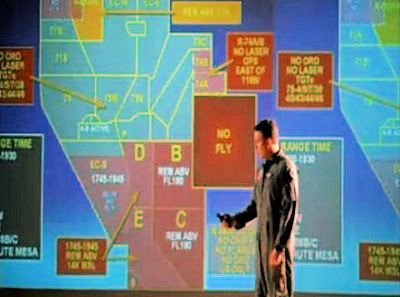 Posted by Glenn Campbell at 7:05 AM No comments:

I am PUTTING MY LIFE AT RISK by providing 50% of the soundbites for this breathless 20-second promo for our episode on UFO Hunters next week.

WARNING: Expect show-biz sizzle, not factual accuracy. We're all just along for the ride on this one.

Here is the History Channel's own description of the show (from their UFO Hunters section)...

The world's most infamous secret base is growing...
On October 26th, 1994, the U.S. government made their first official acknowlegement of Area 51. Six months later, nearly 4,000 acres of previously public land surrounding the base were closed. Now, over a decade later, satellite photos reveal new buildings, towers, and runways finishing construction. Secret flights with blacked-out windows bring passengers from Las Vegas. And security surrounding the perimeter of the base is tighter than ever. The team heads to the epicenter of UFO and military conspiracy theories to visit new vantage points, speak with former base employees, and search the skies above America's most top-secret facility.

Don't miss my earlier account of the filming of this episode five months ago: UFO Hunters on Tikaboo Peak.

And here is my photo album of the same expedition.
Posted by Glenn Campbell at 10:45 AM No comments: 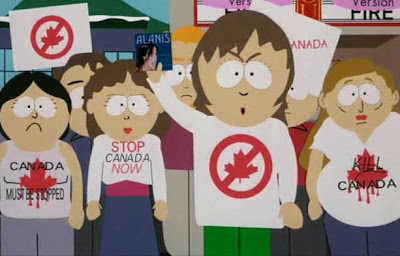 I was banned from Canada for ten years and didn't even know it!

It was a result of that Obstruction of a Public Officer charge outside Area 51 in the mid-1990s. You remember: I was arrested for pushing down the door locks of the vehicle I was riding in when the county Sheriff tried to seize the video tape we were carrying. It was an act of civil disobedience, because all film and video seized previously was never returned or accounted for. I fought the law, and the law won, but the stakes were pretty low. In America, it was a misdemeanor charge, which doesn't seriously count against you when applying for work or even for a security clearance.

In Canada, however, it gets you the Death Penalty.

Turns out, Canada's border regulations are so strict that any American convicted of ANY crime beyond a speeding ticket is automatically banned from entering the country. I found out about this about a month ago when I happened to pass through a corner of Ontario while driving across the continent. (It was a "short cut" I thought.) Canadian Customs called my aside for the Third Degree. They let me pass but only because more than ten years had passed since my conviction.

I am retroactively outraged! Who does Canada think it is? It's swaggering around like it was a real country that people wanted to go to.

Now don't get me wrong: Canada is a very nice "country," but an optional one. It's one of the indistinct Belgiums of the world, not like a France or Germany or anything (which I have never had any trouble getting into). If Canada fell off the face of the Earth, it would be tragic for all the Canadians, BUT WOULD ANYBODY ELSE REALLY NOTICE?

Turns out even George Bush might have been technically banned from Canada due to his previous DUI conviction, so I'm in good company (sort of). Peace activists have been barred because they were arrested for some minor act of civil disobedience in the States.

Apparently, this has always been true, but now Canadian Customs has computer systems linked to the FBI, so they can actually check for convictions. If you've been convicted for littering within the past ten years, you might not get in.

To be fair, it also works the other way. Via email, I heard a sad story from a Canadian who was foolish enough to cross the Area 51 border in the 1990s (or the Nellis Range border in the Tikaboo Valley). He didn't get far, was caught and paid a fine in Lincoln County Kangaroo Court, but the next time he tried to enter the U.S., he couldn't. That's a lot more of a burden, because the United States, to a Canadian, is not an optional country.

I still say "Screw It!"—Canada, that is. I'll visit Europe instead and spend my (very limited) money there.

Give me a call when you have a grown-up country, eh?


BTW: I am so (retroactively) angry with Canada that I joined the I Hate Canada Group on Facebook.
Posted by Glenn Campbell at 12:15 PM 6 comments:

Email ThisBlogThis!Share to TwitterShare to FacebookShare to Pinterest
Labels: Canada (banned from) 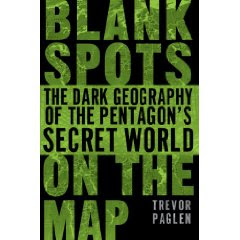 I got an honorable mention in the review of a book about secret places (although not in the book itself)...

There are also some surprising “blank spots” in Paglen’s own narrative. In the 1990s, an independent researcher named Glenn Campbell spent years mapping the Groom Lake facility in Nevada, testing its perimeters and security procedures, scouting out the best public domain vantage points, and tracking the “Janet” airplanes in their daily flights to and from Groom Lake, fifteen years before Paglen did something similar. Without a credential or a book contract, he produced an astounding volume of genuine “black world” geography called the “Area 51 Viewer’s Guide.” But except for a misspelling of his name in an incidental footnote (p. 286), Campbell’s pioneering effort goes completely unacknowledged. Campbell himself would probably find his erasure from the record sublime, but to me it is dispiriting.

Posted by Glenn Campbell at 9:34 AM 2 comments:

Email ThisBlogThis!Share to TwitterShare to FacebookShare to Pinterest
Labels: Federation of American Scientists, Steven Aftergood
Newer Posts Older Posts Home
Subscribe to: Posts (Atom)
In the 1990s, I was the unofficial publicist for Area 51, helping to make it a household name. Although, I am no longer actively researching the base, I may occasionally have some information or links to pass on. This blog and the Tikaboo Peak Page on Facebook are my forums for doing so.