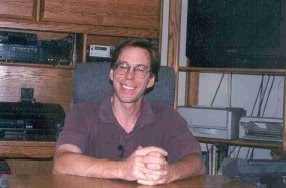 Here is Don Ecker's new account of the ET Highway/ID4 event back around 1997, on his blog, Dark Matters. (At the time, he and his wife ran UFO Magazine.)

Like any endeavor created by man, there were the “kill-joys” with this bunch. One guy we knew, Glenn Campbell, had been very involved in the whole Area 51 thing, and for awhile he published a paper called The Groom Lake Desert Rat, all about what was going on with Area 51 (the secret base) while also running a newsgroup called UFO Mind. For some unknown reason Campbell took umbrage at the State of Nevada and 20th Century Fox renaming Highway 375 to ET Highway. He went on a rampage and his “victory” was managing to detour one bus full of tourista’s down some damn side road instead of to the site where all the festivities were taking place!

But I gave 'em back! 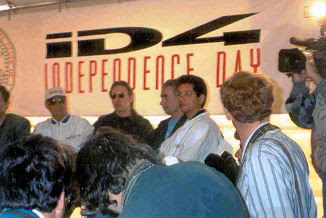 Posted by Glenn Campbell at 6:48 PM