No Prison for Rachel 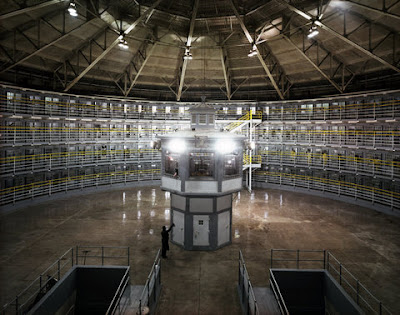 A while back, some Rachel residents and UFO watchers were all worked up about Jim Toreson's proposal to build a private prison near Rachel. "Don't get your knickers in a bunch," we said. "It ain't gonna happen." Torson appeared to have the land and nothing more. Of course, nothing seems to have happened on the project since then.

Here is an example of how a REAL prison developer operates:

Storey County eyed for private prison
(AP via Las Vegas Sun, 1/8)
This company is taking the same sort of approach as Toreson: seeking a local permit first, then seeking a contract. This company, however, has done it before and knows what it is doing. To build a real prison, you need a contract, a labor pool and a decently accessible location, all of which Toreson doesn't have and never will.
Posted by Glenn Campbell at 7:51 AM