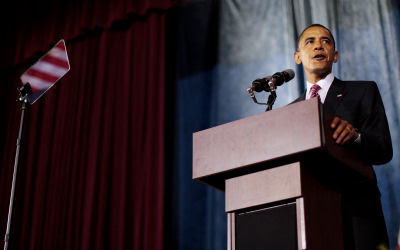 If you have been looking for an Area 51 connection to Barack Obama, here's one: Every year he is going to have to sign an Executive Order exempting Area 51 from environmental reporting regulations. Clinton did it, and of course Bush II did. Will Obama?

The annual exemption is the result of a lawsuit by the widow of a former Area 51 worker who died after alleged exposure to toxic substances at Groom Lake. (Keywords: Helen Frost, Jonathan Turley.) The lawsuit was unsuccessful in obtaining any compensation, but it did result in the annual Presidential order.

The Executive Order is a publicly-published document that should be found in the Federal Register. I believe it is signed every January. [A reader says September.] I'm not sure whether Bush already did it this year or Obama has yet to do it. It is the sort of thing that is bound to get buried in the avalanche of orders the new President will release.

I expect he will sign it without much internal debate. New leaders don't usually break with precedent on routine matters like that, but you never know.

—Glenn Campbell
BTW: Here are my photos from the Inauguration.
[Be sure to see the reader comments linked below.]
Posted by Glenn Campbell at 10:52 PM