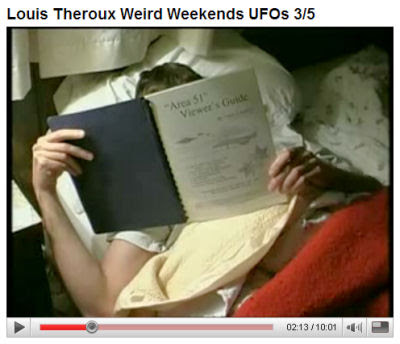 While on the subject of YouTube and its uselessness, someone in the UK forwarded me some YouTube links for a documentary that I appeared in. Now, this PROVES how useless YouTube is! 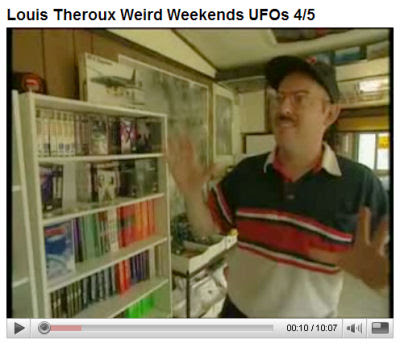 "Glenn Campbell, you get the fuck out of here!"
The documentary is at least 10 years old (filmed when my hair was naturally brown) and I have only a vague recollection of filming. There were so many documentaries back then, without much variation, and I probably only saw half of them when they were completed. Nothing would bore me more than wasting 20 minutes of my life watching this one (I viewed only a few seconds of each part.), but I provide it here for my gullible readers.
Part 1...
Part 2...

The last one contains the famous line, "Glenn Campbell, you get the fuck out of here!" which just proves that you can say "fuck" on British TV.

BTW: The Area 51 Viewer's Guide that the host is seen reading is still available from me via Amazon.

Posted by Glenn Campbell at 5:41 AM